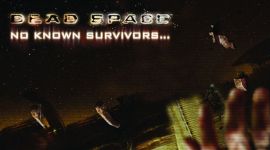 Electronc Arts (EA) is proud to announce the premiere of NoKnownSurvivors.com; an evocative, experiential site that allows visitors to explore the narrative world of EA’s new survival horror game, “Dead Space.” Over nine weeks, the site employs interactive components, 3D animations, voice acting, original video, and Papervision 3D technology to tell two equally tragic four chapter stories. The First, “Misplaced Affection”, is the story of an organ replacement technician who falls hard for a capable female security officer. The second, “13”, tells of a sleeper agent who makes the wrong decisions for the right reasons. For an exclusive look behind the scenes of the launch check out this story on IGN, complete with exclusive assets including lost audio logs between a doctor and her patients, organ replacement forms, and video of the 3D body parts.

With two stories, eight chapters and an intermission unfolding over nine weeks, NoKnownSurvivors.com has a multitude of exciting, immersive content. The “hub” manages all of it. A vast cosmic deathscape, the hub features 9 severed body parts, each one representing a content release. The week before a content piece goes live, its assigned body part begins to mutate, finally evolving in to a mature necromorph body part (necromorphs are re-animated, mutated corpses of fallen crew members). Each Monday ( the ist began on August 25th) a new necromorph part will be live and clickable, ready to take users deep into the content featured on NoKnownSurvivors.

The development team worked extraordinarily close with the studio team on this project for both story and creative. They used some exciting technology on the execution that is a key part in bringing an interactive narrative to fruition online.