We hope you enjoy this trip down memory lane as we in the studio and the news room prepare to enjoy our holidays with family and friends.

Here is the line up for this All Interview Show —

From Show #101 (March 21, 2007) – Interview with Bryan Temmer. Bryan has a dream, that dream is to build the only major resort and amusement park with a fully extraterrestrial theme. Back in March of this year Bryan came on our show to share that dream with all of you. Since then and because of his appearance on Slice of SciFi, he has been receiving attention from other major news outlets including ABC. Also, he continues to make progress in making his dream for the Alien Apex Resort Park in Roswell, New Mexico a reality. You will also hear a familiar voice on this show as well.

From Show #124 (September 1, 2007) – Interview with Director Shane Felux. Shane was on our show way back in May 2005 when he introduced the world to his incredible fan production “Star Wars Revelations.” He soon followed that with another fan favorite called “Pitching Lucas.” Since then this young filmmaker has become a major player in the industry. He returned to talk with us in September 2007 to share with us his professionally done SF film called “Trenches,” the story of a group of soldiers on a war torn planet who come across a danger more horrendous than they could ever imagine.

From Show #127 (September 22, 2007) – Interview with producer Mark Lund. Mark is another fine young up and coming film producer and television sports personality. An avid fan of SF and fantasy, he wrote a feature-length screenplay in the sci-fi/drama genre titled â€œFirst World.â€ This was one of the most fun interviews we did in 2007 and Mark’s enthusiasm and excitement about making SF movies was infectious.

From Show #131 – (October 20, 2007) – Interview with FarPoint Media’s own Tracy Hickman. Tracy was on our show to talk about his animated Dragonlance movie. You can tell the joy in his voice as he explained how he felt the first time he heard some of the character’s voices come to life from professional actors. This was a great interview. Tracy also allowed us hear small samples of the music thatâ€™ll be featured in the film.

We hope you enjoy this repeat treat and be sure to also tune in next week (Dec. 29) as we do the “Best Of 2007” show in which we take 12 of the best news stories of the year with the gang in the studio adding their bit of magic to each of them.

SAVE DRESDEN – Send in those drumsticks (not the chicken kind) to SCI FI Channel and save Harry from cancellation hell! Don’t loose heart if your sticks are returned as undeliverable. SCI FI is not accepting them because of the lesson learned from the 20 tons of nuts sent to CBS. However, SCI FI does accept letters so, send in pictures of drumsticks and Harry Dresden with the message “Save The Dresden Files.”

Get involved with the Save Journeyman campaign. To learn all about it go HERE and also visit SaveJourneyman.net.

Do you want to get “Blood Ties” a third season? Let Lifetime and the Canadian show’s creators know how you feel. Contact info:
Email CITY TV, or
email Space. You can also write a letter to Space at:
SPACE: The Imagination Station
CTVglobemedia
299 Queen Street West
Toronto, Ontario, M5V 2Z5 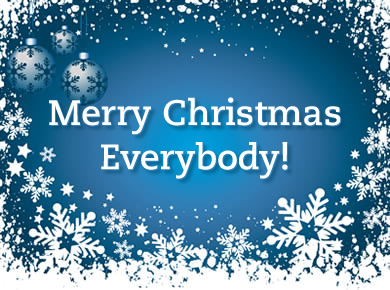