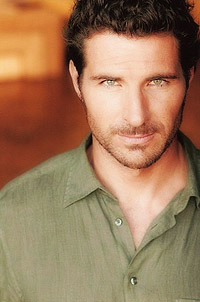 Movie Talk: The 20th Anniversary edition DVD of RoboCop will be available August 21, 2007, but no details on which version of the movie this will be.

Next, “In the Shadow of the Moon” opens on September 7, 2007 in limited theatrical release. This is a documentary about the NASA Apollo Missions to the Moon starring the real astronauts and engineers who helped make those happen: Jim Lovell, Dave Scott, John Young, Gene Cernan, Mike Collins, Buzz Aldrin, Alan Bean, Edgar Mitchell, Charlie Duke and Harrison Schmitt, along with archival and never-before-seen NASA footage.

See this film if you can.

TV Talk: Chip Johanssen (“Millenium”) has taken over the producer role for CBS’s new fall series “Moonlight”, starring Alex O’Laughlin as a private detective who’s been bitten by a vampire. Johanssen takes over for original series producer David Greenwalt (“Angel”), who had to step down because of unspecified health reasons. Look for “Moonlight” to being airing on September 28 at 9PM on CBS.

Interview: This week, Michael, Summer, Brian and Tim talk with “Eureka” star Ed Quinn, who happened to be driving down to Comic-Con at the time. Listen in as we talk about Ed’s journey as Nathan Stark, the fun of being on the “Eureka” set and more.

Future Talk: Kill Bill is finally being released as a single movie, in a new DVD release titled “Kill Bill: The Whole Bloody Affair”. This new DVD version, available November 6, 2007, is being touted by critics as being the real, uncut, spruced up, reconfigured and awesome martial arts masterwork that Taratino was born to make.

Zombies on a Plane: “Flight of the Living Dead: Outbreak on a Plane” is a Scott Thomas directed feature about a genetically engineered virus that’s released on a transatlantic flight to Paris. It’s being called a thrill-ride of terror as the heroes race to fight off the other travelers who are succumbing to the virus, and survive long enough to land the plane. The DVD will be available October 2, 2007.

Season 3 of ABC’s hit series “LOST” will be available on Blu-Ray and standard DVD on December 11, 2007, and contains all 23 episodes, plus never-before-seen bonus features and featurettes.