Slice of SciFi, in conjunction with the ABC Family Network, is holding a “Return of Kyle XY” contest. Be sure to follow the rules to have a qualifying entry… winners will be announced on June 20th! 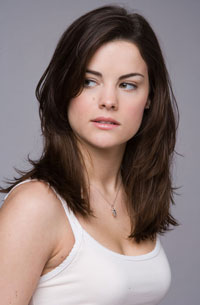 Slice of Trivia Doug is back with three more selections to stump the Slice of SciFi crew.

TV Talk: How overwhelming fan response and the actions taken by many at the behest of a single entrepreneur peanut vendor have caused CBS execs to rethink their cancellation of new cult favorite “Jericho”. The series will be brought back for a 7-episode run, enough to bring it to a solid conclusion, but no more.

Interview: Jaimie Alexander is the new addition to Kyle X/Y, portraying Jessi XX, someone with just as mysterious a background as Kyle’s, but with a darker side.

She joins “Slice of SciFi” to tell us all about joining the cast of such an intriguing show with a dedicated fan base, about the differences between working on films and on a TV series, and how being a star in horror movies has made her a huge fan of horror and scifi. And, guess who the prankster on set is.