Michael and Summer are joined in studio by Brian and Tim, and by Sam via Skype. It’s a feisty kind of day, and we love having that much fun. 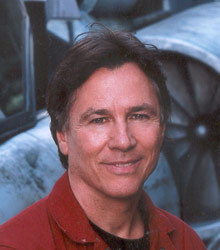 Movie Talk:
Aqua Teen Hunger Force: The Movie will be an hour and a half animated film centering around Aqua Teen characters Meatwad, Frylock and Master Shake, taking a look at their origins, where the basis of their dreaded fear of exercise equipment was fostered and how they become the centerpiece in maintaining the balance for galactic peace as they battle over an immortal piece of exercise equipment.

Jim Carrey’s new film The Number 23 centers around a man whose life unravels after he comes into contact with an obscure book titled The Number 23. As he reads the book, he becomes increasingly convinced that it is based on his own life. His obsession with the number 23 starts to consume him, and he begins to realize the book forecasts far graver consequences for his life than he could have ever imagined

MoviePulse Reviews The boys from MoviePulse bring us reviews of Children of Men and Pan’s Labyrinth, and both films get high recommendations.

TV Talk:
NBC has given David Eick the green light to go ahead and fully develop his new take on the “Bionic Woman” weekly series. Eick and Laeta Kalogridis will write and executive produce the new series which will put a 21st Century take on the famous bionic babe.

Interview: Michael and Summer talk with Richard Hatch about where Season 3 might be going, and Richard’s enthusiastic about how the show is coming into its strength and only getting stronger. He gives us his insights on how Tom Zarek may have become the man we now see on the show, and talks a bit about the reflections on our world that we can see in the show.

And while Tom Zarek is safe for now, we know for certain that no character is safe from Ron Moore’s storytelling.

Future Talk: What’s Coming Up?
Buena Vista has given the go-ahead for a”National Treasure” sequel that will see the return of Nicolas Cage as Ben Gates. The new film will be called “National Treasure: The Book of Secrets”, and refers to 18 pivotal pages that are missing from an important document found in the John Wilkes Booth library, and his pre-assasination involvement with President Abraham Lincoln.

The new suspense horror film “One Missed Call” asks the question “what will it sound like when you die”? The movie highlights a group of people who receive ominous cellphone voice messages detailing their final moments of life. And, it appears that all who receive these messages meet a fatal end, even after deleting the voicemail from their phone.