Have you ever awakened in the middle of the night but couldn’t move? Then you are a prime candidate for attack by the demon in the new film Mara, a first-rate horror picture.

Text informs us that 40% of people suffer sleep paralysis. Of those, two-thirds claim to have been attacked by a demon. Later on, we are told that if you awaken during REM sleep, you are paralyzed because your body does not want you acting out your dreams.

We then zero in on the bedroom of Sophie (Mackenzie Imsand), who wakes up when she hears arguing in her parents’ bedroom. As she turns the knob on the door, it flies open and her mother Helena (Rosie Fellner) rushes out to tell Sophie not to look inside. Her husband Matthew lies dead in bed with a ghastly expression on his face.

The next morning Detective McCarthy (Lance E. Nichols) is joined at this house by rookie forensic psychologist Dr. Kate Fuller (Olga Kurylenko). She has been called because Helena is claiming a demon killed her husband. Kate talks to Sophie, who confirms that her mother cited Mara as the killer.

Kate commits Helena to a mental-health-care facility. While being picked up for transport there, an emotionally brutal separation scene occurs between Helena and Sophie, such that Kate begins to feel badly for committing her.

Examining Matthew’s papers, she discovers a name and address for a Mr. Takahashi. Visiting his home, she finds his dead body. She gets a lecture from Det. McCarthy about letting him do the police work but it is clear that she is not going to follow the rules until she has freed Helena.

In the facility, Helena reveals that Takahashi was part of a sleep-paralysis support group run by Dr. Martin Ellis (Mitch Eakins). Helena then shows a red dot on her eye to Kate, which means that Mara is coming to get her. 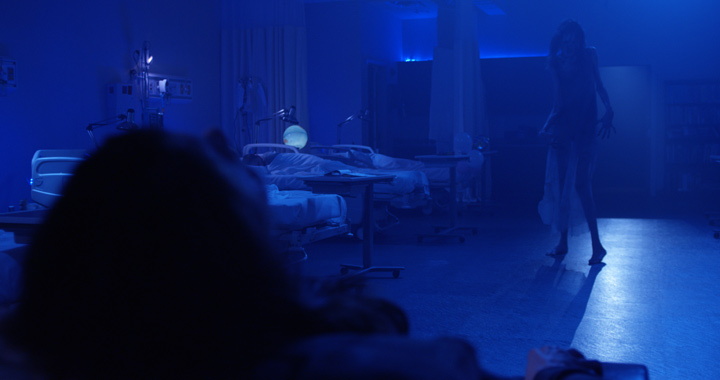 At the support group, it is revealed that Mara comes in stages. Once you have the red dot, Dougie, a drug addict, tells everyone, you cannot sleep for more than 20 minutes at a time so that you do not enter REM sleep and give Mara a chance to kill you.

Meanwhile, Kate starts going through the early stages of visits from Mara. These get more and more frightening until she too has the red dot on her eye. She must work with Dougie to try and find out why Mara is targeting all of them and if there is any way to stop the demon from killing them all.

The movie was filmed in Savannah, Georgia. This provides a variety of gothic-looking locales that enhance the creepy atmospherics of the film. The cinematographer effectively uses light and shadow to enhance the mood. The score is top-notch in setting the tone throughout the picture.

We find out early on that Kate’s mother suffered from schizophrenia and bought a Chinese beckoning cat to protect herself. It is the only possession of her mother that Kate has in her apartment. The cat has an automated arm that moves forward and back. When Kate is alone there, the silence is only broken by the clicking and motion of this charm. This lends a sense of eeriness to her surroundings which foreshadows the scares to come.

The story is well-developed. The lore about Mara (Javier Botet) is revealed methodically. As Kate becomes visited by the demon and experience merges with knowledge, the believability factor is substantially increased for her as a character. The tension between her belief in a rational, scientific world and the supernatural world is as realistic as it is troubling. 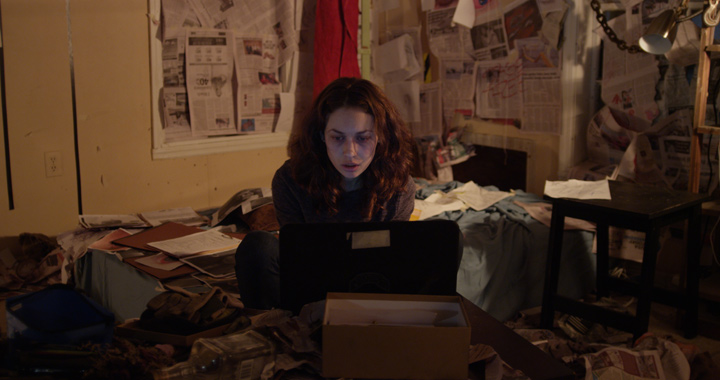 The pacing of the film is perfect. There are very few scenes that do not provide new information to push the story forward.

The demon is well-designed and frightening. But the movie relies more on a sense of increasing dread and the inexorable inevitability of death than on actual encounters with Mara to alarm viewers. Since everyone has to sleep, the surviving characters are forced into more and more panic as desperation sets in. Their lack of sleep exacerbates this emotional trauma.

Olga Kurylenko is very good as Kate. Her performance has to carry the film, so her arc over time from a normal professional to a frightened victim is nicely portrayed and rings true.

The other two acting standouts are Craig Conway as Dougie and Rosie Fellner as Helena. Dougie is the most no-nonsense believer in Mara and so his constant agitation as his sleep deprivation grows could seem over the top. But Conway is able to truly embody his troubled character in a way that makes his reactions credible. He is a powerful dramatic force.

Fellner as Helena is able to effectively switch between motherly love and the more negative anger, fear, and despair. She is a key player in selling the story. The ending could have gone several ways, but the one that was chosen seemed utterly appropriate.

The filmmakers did a good job in taking a real-life phenomenon and turning it into the stuff of nightmares. 4 out of 5 stars.

After a man is seemingly strangled in his bed, criminal psychologist Kate Fuller (Olga Kurylenko) interviews the sole witness, the victim’s eight-year-old daughter, Sophie. When asked to identify the killer, Sophie says, “Mara.” As Kate digs into the case, she unearths a community of people who claim to be tormented by a shadowy menace, a centuries-old demon who kills her victims as they sleep.

Have you ever awakened in the middle of the night but couldn’t move? Then you are a prime candidate for attack by the demon in the new film Mara, a first-rate horror picture.

The lore about Mara is revealed methodically. As Kate becomes visited by the demon and experience merges with knowledge, the believability factor is substantially increased for her as a character. The tension between her belief in a rational, scientific world and the supernatural world is as realistic as it is troubling.