This review covers all ten episodes of Season 5A of Teen Wolf, despite the name of the column is “5 Episodes In.” It’s double the value for your readership, friends!

For those not familiar with the series, which is inspired by the popular 80’s movie and given a grittier modern spin, TEEN WOLF follows the continuing adventures of Scott McCall (Tyler Posey), an average teenager who becomes a little less average when he’s bitten by and transforms into a werewolf. Faced with the challenges of learning to control his nature and keep his secret with the help of best friend Stiles Stilinski (Dylan O’Brien), Scott struggles to balance his new supernatural life with his day to day life: keeping up his grades, being a good son to his single mother, Melissa (Melissa Ponzio), and maintaining his burgeoning relationship with first love and werewolf hunter, Allison Argent (Crystal Reed).

In addition to exploring countless world mythologies with its cast of supernatural creatures, TEEN WOLF provides more than just the kind of gratuitous half­naked beautiful people and teen histrionics one might come to expect from a teen drama. The show puts a spotlight on serious issues facing young people in their everyday lives, both head on and through the symbolism of supernatural influence. Featuring prominent gay characters, a protagonist who suffers from panic attacks and ADD, and the central character who is raised by a single mother just barely making ends meet, TEEN WOLF appeals to a wide range of fans with its great storytelling, its ability to address the issues of the day, and its knack for tackling the timeless issues surrounding growing up.

Over the course of the last four seasons, Scott has come into his own, ascending from Beta wolf to True Alpha, or an Alpha werewolf that has earned his power rather than taking it by killing another Alpha to acquire it. No longer a lone wolf, Scott’s pack includes Stiles, socialite and banshee Lydia Martin (Holland Roden), werecoyote Malia Tate (Shelley Hennig), kitsune and new girlfriend Kira Yukimura (Arden Cho), and newcomer Liam Dunbar (Dylan Sprayberry), who is Scott’s first Beta, turned by his bite. Together, the Beacon Hills pack has faced one challenge after another, defending their hometown from the otherworldly forces that threaten it, drawn in by the power of an ancient Druid holy place known as the Nemeton. Their enemies have ranged from Peter Hale, the power­crazed former Alpha who was Scott’s maker, to Scott’s best friend, Stiles, who was possessed by a demon fox spirit called a Nogitsune and ultimately responsible for the death of Allison Argent in Season 3B. 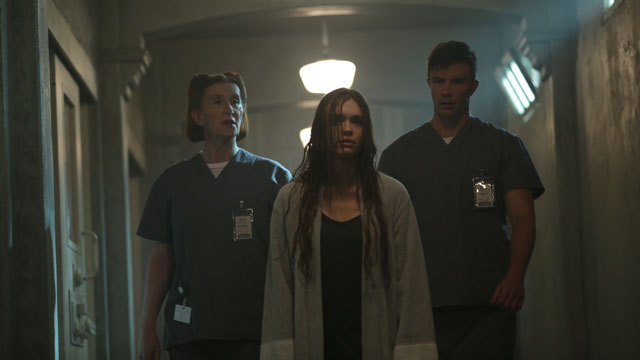 This season, the show is taking a look at the past as the first episode, “Creatures of the Night”, features Lydia Martin in Eichen House, the local asylum. Previous seasons have shown that other banshees have been driven mad by their power, and apparently Lydia is no exception… until she abruptly emerges from a catatonic state, uses the power of her piercing scream to disarm the orderlies, and makes a break for it to warn her friends that they’re all going to die.

We promptly flash back to where the trouble all began: the night of the Senior Scribe. Facing an uncertain future as the pack enters their senior year of high school, signs of a new threat begin to appear when Scott is assaulted by a strange hybrid werewolf bent on stealing his power as a true Alpha, which according to all sources should only be able to be taken if he’s killed by a Beta of his own making. Scott’s saving grace comes in the form of Theo Raeken, a werewolf and former friend to both Stiles and Scott in the fourth grade, now back in Beacon Hills in search of a pack.

Soon other strange hybrid creatures start appearing, then swiftly dying. The first is a hybrid kanima, or lizard shapeshifter, followed by a halfbreed wendigo, a scorpion shifter, and others without real classification. The pack soon realizes these creatures are all victims of the Dread Doctors, a trio of parascientists who have been experimenting specifically on genetic chimeras: people with two sets of DNA due to organ transplants or skin grafts. Through their work, the Dread Doctors are creating supernatural chimeras, man­made otherworldly creatures to whom the rules of the supernatural do not apply, killing the ones who they deem to be experimental failures… and we find out very quickly that Theo Raeken, the earnest and eager childhood friend, the would­-be packmate, is in league with them. 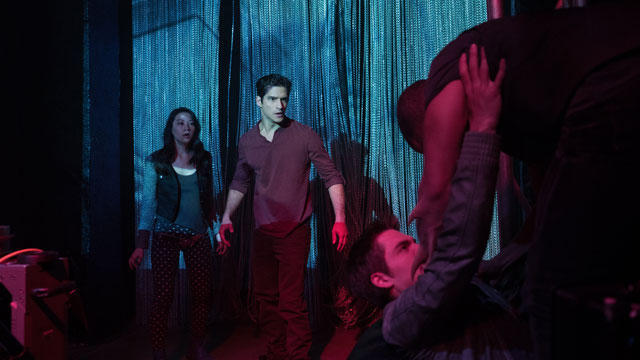 With the help of a Dr. Valak, a mad scientist in his own right safely imprisoned in Eichen House, they learn a book he wrote about the Dread Doctors has been engineered to trigger buried memories, as the Doctors have the ability to move through the world, leaving all recollection of them forgotten in their wake. While the pack tries to use his book to learn if any of them have been victimized by the Dread Doctors, Theo works to split up the pack and get into Scott’s good graces.

As the season progresses, his plans start working: Stiles kills one of the chimeras in self­-defense, but kept the information a secret from even Scott. Meanwhile, Liam falls in love with a girl at school who is one of the chimeras the Doctors are not yet done with, Kira begins losing control of herself when the fox spirit inside her takes over, Malia tries to learn more about her birth mother, a dangerous assassin known as the Desert Wolf, and Lydia grows closer to Deputy Jordan Parrish, a member of the Beacon Hills Sheriff’s Department with a supernatural nature of his own he does not yet understand…

While internet fandom has had a lot of complaints about various facets of the series that have been showcased in the last season, and in this one, I’ve been at turns delighted and frustrated by the overall arc. The focus of this season has been the gradual breakdown of Scott McCall, as he loses his packmates and faces changes to his own nature that come with a loss of power. Stripped down to his bare essentials, he has become far more like the awkward and uncertain boy from Season 1 than the quietly powerful and educated Alpha he’s grown into. I’ve also had a great time watching the characters deal a little more with the fallout of Season 3B, which I think was greatly overlooked during the Season 4 story arc. 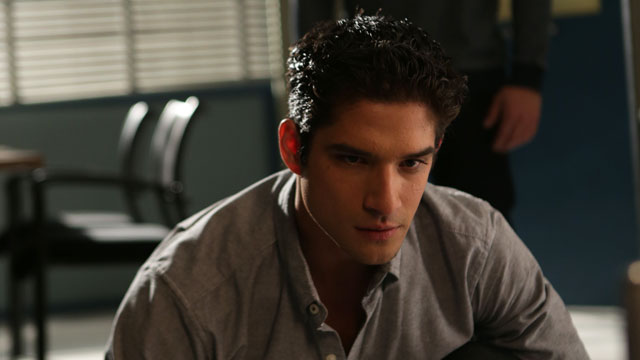 My biggest problem has been with a single detail that could have made this season the most memorable yet, but became quickly frustrating for me: Theo Raeken. As a villain, he’s absolutely brilliant, but his true motivations were exposed far too soon. By outing him as a bad guy in the second episode of the season, I found myself too often frustrated rather than emotionally affected by the pack being slowly torn apart. For me, it stole a lot of the emotional drama of its breakdown, and turned into little more than watching characters I care deeply about being tortured by a sociopathic teenage boy. It also meant that, when Theo’s true motivations were unveiled in the mid­season finale, I was only barely surprised.

While there is no hard airdate as of yet for Season 5B, speculation indicates we could see it in January of 2016. Currently, the second half of the season is already in production, which according to hints dropped by show creator Jeff Davis, will feature an epic battle of the titans between Scott, Theo, and their respective packs.

Are you as excited for the coming season as I am? Let me know in the comments what you’re most eager to see!

I’ve been at turns delighted and frustrated by the overall arc. The focus of this season has been the gradual breakdown of Scott McCall, as he loses his packmates and faces changes to his own nature that come with a loss of power. Stripped down to his bare essentials, he has become far more like the awkward and uncertain boy from Season 1 than the quietly powerful and educated Alpha he’s grown into. I’ve also had a great time watching the characters deal a little more with the fallout of Season 3B, which I think was greatly overlooked during the Season 4 story arc.

Covering subjects from pro wrestling to independent music and right back to home sweet science fiction & fantasy, Liz has been leaving her mark on blogs across the internet for the better part of a decade. Currently, she writes for sites such as Krypton Radio, Second Geekhood (where she also serves as editor), and previously served as co-host for the Doctor Who themed cosplay radios how THE CORSAIR'S CLOSET. She can be found on Twitter and on Tumblr.