AMC, Channel 4 and Kudos today announced that the critically acclaimed drama series “HUMANS” has been renewed for a second season. The series will return for eight new episodes, with production starting next year. 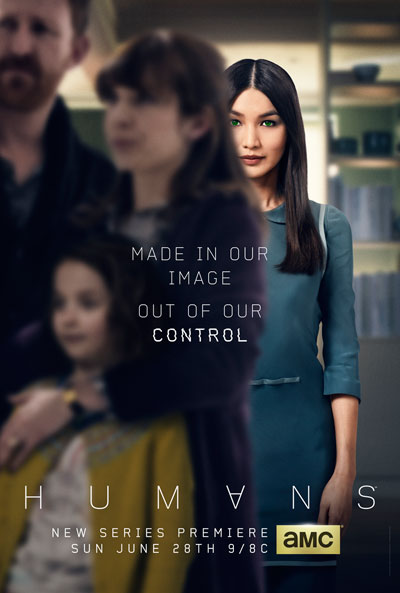 Co-produced by AMC and Channel 4 with Kudos, the makers of “Utopia” and “Broadchurch,” the first season tapped into society’s preoccupation with and mistrust of advancing technology and artificial intelligence. What does it mean to be human? Can the very traits through which we define humanity (love, trust, loyalty, friendship, sacrifice) be taught? What really is family? Exploring humans’ inherent fear of the unknown and the possible implications of granting machines consciousness, the final episodes will leave viewers on a thrilling cliff-hanger.

“We’re so pleased to announce a second season of ‘Humans’ and extend our terrific partnership with Channel 4, Kudos and the stellar cast, crew and writers Sam and Jonathan,” said Joel Stillerman, president of original programming and development for AMC and Sundance TV. “As one of the year’s top new cable series, ‘Humans’ has been embraced by fans and critics across the U.S. and UK. We’re looking forward to continuing this very captivating story and further exploring the show’s parallel, Synth-filled world that hits so disturbingly close to home.”

What fans might like to see (well, me anyway) is if any footage from Synth School training will be released as teasers for Season 2, as the actors have praised how much that has influenced their performances, and the end result as seen in the episodes proves that it was well worth the extra effort.

Here’s hoping there are plenty of extras and bonus featurettes to explore when this show comes out on Blu-ray.