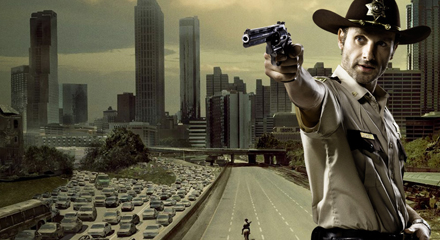 AMC has announced it will make a spin-off of their successful zombie series The Walking Dead. This new series will focus its attention on what is happening across the globe in other areas of the world and how survivors are handling the zombie infestation.

Dave Erickson (Sons of Anarchy) has been tapped to show-run the new production. Except for its international take on the zombies not much else is known at this time about the series. AMC has yet to announce an official title, casting, shoot locations, and so on.

“There are many corners of The Walking Dead universe that remain unseen in the shadows. Being given the opportunity to shine a light into those corners and see what lurks out there is an absolute thrill. I know the fans are anxious to hear what Dave and I have been cooking up for this new universe of The Walking Dead, and I’m happy to be one step closer to sharing it with them,” The Walking Dead creator Robert Kirkman said.