Science celebrity Geoff Notkin will hit the road this week to film new episodes of STEM Journals with an added bounce in his step: the educational TV series, which Notkin hosts, was recently awarded two 2014 Tellys, honoring the very best in film and video production. 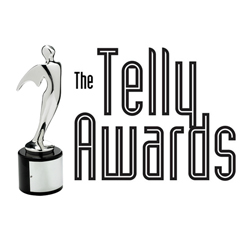 Notkin has starred in STEM Journals since the start of its second season in the fall of 2013, and is also an executive producer on the series. A pair of Season Two episodes was honored with Tellys: A Silver Telly for the episode “Forensics,” written and directed by David Routt of Paint It Black Productions, and a Bronze Telly for the episode “Action Sports,” written and directed by Frank Kraljic of Deep Sky Productions. The Silver Telly is the highest honor available.

“I am honored and delighted that our work in engaging, content-driven, educational television has been so appreciated not just by students, but also by our peers in the television and film industry,” said Notkin. “I believe in educating and inspiring by showing and doing, rather than by telling. My STEM Journals team will continue to explore and illuminate the very best in STEM-related topics, because today’s audiences will solve the challenges of tomorrow.”

In his role on STEM Journals, Notkin travels to exotic – and sometimes classified – destinations to explore the latest innovations in STEM (science, technology, engineering, math), while highlighting career pathways for middle and high school students. Season Three of the series currently airs every Sunday at 7 p.m. PT on Cox channels 7 and 1007 in Arizona and streams worldwide at www.cox7.com.

The Telly Awards are designed by the same firm that makes the Oscar® and Emmy® awards. The Telly statuette is 12 inches tall and weighs 4½ pounds. Notkin’s two Telly statuettes from Meteorite Men are currently on display in his museum exhibit, “They Came From Outer Space,” at Challenger Space Center Arizona.

Four all-new episodes of STEM Journals are currently in production, including a special episode focused on NASA’s OSIRIS-REx mission with a visit to Lockheed Martin’s Space Systems Company facilities near Denver, where the OSIRIS-REx spacecraft is being built.

After that, it’s an Indiana Jones-style paleontology adventure for Geoff, as the STEM Journals team heads to the wilds of Wyoming to help excavate one of the world’s largest dinosaurs. Additional upcoming episodes include “Inventors and Innovators” and “Medical Breakthroughs.”