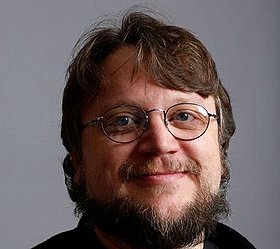 If you liked the tone of Pacific Rim then this news may come as a surprise to you. Director Guillermo del Toro told The Wall Street Journal (WSJ) today that there was a lot he and Zak Penn had to sacrifice in the first film in order to ensure the story was true as possible to the robot genre. He wants to now take film number two on a far wider journey of investigation into some possibilities that the first movie simply wouldn’t allow.

Two areas in particular he and Penn now want to explore that were only slightly touched on in the first film is the whole concept of ‘The Drift’ and the rip it caused in the dimensional wall between universes.

“Screenwriter Zak Penn and I really went in, we started with screenwriter Travis Beacham about a year and a half ago, kicking ideas back and forth,” del Toro told the WSJ. “And, admittedly, I said to Zak, let’s keep kicking ideas till we find one that really, really turns the first movie on its ear, so to speak.”

Pacific Rim had a slow opening when it debuted last year, due in large part that many thought it was going to be just another Transformer-type film, only in water, based on some of the trailers that got released. However, by the end of the year it was the highest grossing live-action film of 2013.

Now that the first film has debuted del Toro is confident the second will do well right out of the gate.

“It was hard to create a world that did not come from a comic book, that had its own mythology, so we had to sacrifice many aspects to be able to cram everything in the first movie. Namely, for example ‘The Drift,’ which was an interesting concept. [Also] this portal that ripped a hole into the fabric of our universe, what were the tools they were using? And we came up with a really, really interesting idea.”

del Toro also hinted that those who may have missed Pacific Rim will not be hampered in their viewing of Pacific Rim 2. “I don’t want to spoil it,” del Toro explained about the next film. “But, I think at the end of the second movie, people will find out that the two movies stand on their own. They’re different from each other, although hopefully bringing the same joyful giant spectacle. But the tenor of the two movies will be quite different.”

It must be remembered that Pacific Rim 2 is still at least three years away from theatrical premiere (projected release date is sometime in 2017), so there could be a lot of changes from del Toro and Penn’s back-and-forth table throwing ideas before the movie actually goes into production. However, from what the director is saying I am already getting excited about the possibilities of investigating ‘The Drift,’ its origins and the mechanism by which those in the other universe created it.

In other del Toro news, his new television series The Strain is set to debut on the FX Network on Sunday, July 13. The show will center around the investigations of Dr. Ephraim Goodweather (played by actor Corey Stoll), the head of the CDC branch headquartered in New York City after he is called upon to look into a strange viral outbreak that turns its victims into vampire-like creatures. The Strain co-stars Sean Astin (The Lord of the Rings trilogy) and David Bradley (Game of Thrones).

Two other big screen horror films del Toro is currently working on are Crimson Peak starring Jessica Chastain (Mama), Tom Hiddleston (Thor and Avengers franchise) and Doug Jones (Hellboy, Falling Skies) which is now in post-production and a theatrical film version of H.P. Lovecraft’s At the Mountains of Madness still in development.