Let’s face it, when it comes to making two types of horror films nobody does it better than the Japanese film industry.

Without Japan there would be no great monsters like Godzilla, Rodan, Mothra or those fantastic Mecha-monsters. Also, Japan is king when it comes to the deeply dark psychological horror genre with the likes of the Ringu (Ring) and Ju-On (the Grudge) series.

Even when U.S. filmmakers try to xerox a copy made for America of these kinds of films they generally fail to create the same effect captured by the Japanese original. That still doesn’t stop Hollywood from trying. 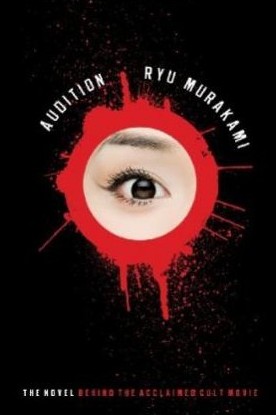 Case in point is the news out of Tinsel-town that it will now undertake an English-speaking version of the Japanese cult-horror classic Audition.

This time producers are hoping they will capture a greater nuance perhaps not found in the original movie by staying as true as possible to author Ryu Murakami’s 1997 novel, something the 1999 film failed to do, even though it was a box office and critical success.

The novel centers on the activity of a middle-age man undertaking a series of phoney, staged auditions to find a younger partner. His search results in grueling and extremely emotional, mental and physically painful revelations about himself.

While staying close to the novel as feasibly possible some of it must be changed to fit a more Westernized environment and mindset including names of characters and locations.

Australian director Richard Gray (Mind Games) is set to helm the project. The biggest question before Gray is will he be one of the few among many who have tried to make a successful and critically acceptable Western adaptation of an Asian classic? Time will tell.