Pivot TV has been airing episodes of Farscape during the month of June and the cable channel will broadcast Peacekeeper Wars in July. There is, however, one catch to ensuring that this special Farscape miniseries written by Rockne S. O’Bannon and David Kemper sees the light of day again. Pivot must receive at least 10,000 votes from fans for their favorite episodes of the show. Voting takes place between now (June 25) and Sunday June 29, 2014.

If 10,000 votes are received over the next 5-days then airing of Peacekeeper Wars is guaranteed.

To cast your vote simply click on the image below are go to Pivot TV’s Facebook voting page. 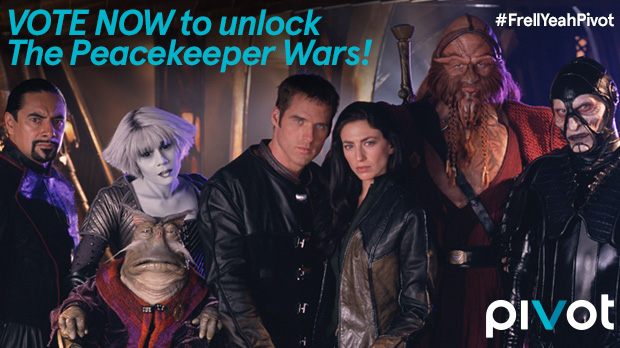 To learn more about the Farscape contest visit Pivot.tv.com.