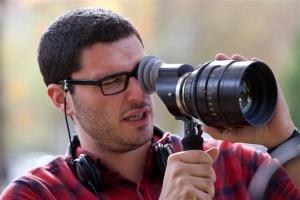 Disney and Lucasfilm have announced who is their choice to helm the second stand-alone Star Wars movie. It will be Josh Trank (Chronicle).

We reported earlier that Gareth Edwards (Godzilla) would be directing the first in a series of big screen stand alone feature films centering on several of the central and peripheral characters found within the Star Wars universe.

These smaller films will not directly influence or be influenced by the major Star Wars VII motion picture that is currently in production in London with J.J. Abrams in the center seat.

These stand alone projects, rumor has it there will be at least four, will likely deal with origin stories for characters like Han Solo, Boba Fett, Yoda, possibly Jar-Jar Binks (say it isn’t so), or an untold adventure featuring Luke Skywalker.

Trank said he is very excited at the prospect of working in the world of Star Wars. “The magic of the Star Wars universe defined by entire childhood,” state Trunk. “The opportunity to expand on that experience for future generations is the most incredible dream of all time.”