It may surprise many to know that a box office bomb is no guarantee of a film’s demise. Some of the biggest financial and critical flops in cinematic history have turned out to be some of the greatest sci-fi/fantasy/horror movie classics of all time. 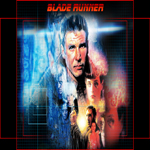 Case in point is Blade Runner. Considered by most science fiction aficionados to be the second greatest sci-fi film ever made (2001: A Space Odyssey holds the top position). This look into a dark, damp and brooding future for humanity was a complete loser at the box office when it premiered in 1982.

Blade Runner had little going for it right from the start. A leading actor (Harrison Ford) that was unknown to most all but the avid Star Wars fan, a massive budget but low actors name recognition, a script based on a relatively unknown short story by author Philip K. Dick and a director that had yet to really prove himself. Ridley Scott had made Alien just two short years earlier and it was a fairly successful film with sci-fi fans but still hadn’t caught on with the general public like the franchise has over the last 35-years. It must be remembered that even after the Star Wars and Star Trek film releases in the late 1970’s sci-fi movies were relegated to a niche audience. The genre had several years to go before it would become the money-making machine it is today in Hollywood.

Since 1982 Blade Runner has risen to the top of the movie food chain sparking seven different versions of itself (one of the first films to do that) and today it is considered a truly successful science fiction film classic. 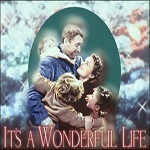 One box office flop that will likely cause fans to go “WTF!” is the Jimmy Stewart classic It’s A Wonderful Life. Stewart played a small town common joe named George Bailey who falls upon very hard times during the Great Depression and decides to end it all by jumping off a bridge into the icy water below only to end up jumping in to save the life of someone who plunged in before him. The hapless life he saved was that of an angel who has yet to earn his wings. When Bailey laments that his life and the lives of all those around him would have been better off had he never been born his clumsy angel gives him his wish and allows Bailey to visit a world devoid of him.

Critics at the time hated It’s A Wonderful Life marking it as a sappy and ridiculously emotionally overreaching film that should never have seen the light of day. As a result it lost big at the box office and put a dent into iconic director Frank Capra’s reputation. Today it would be difficult to envision a world without George Bailey and that precious movie It’s A Wonderful Life. 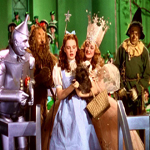 There is one fantasy classic film that wasn’t loved by the audience of its day. That movie is the beloved The Wizard of Oz starring Judy Garland. The budget for this failure was huge for its time in 1939 and it nearly bankrupt its studio Metro-Goldwyn-Mayer (MGM). It took years for the studio to recoup and with today’s MGM woes it might appear it never really did revive to its pre-Oz days of filmmaking. However, with the advent of television in the early 1950’s the movie became an annual February viewing event and captured the hearts of the newly minted baby boomer audience sitting in front of their black and white 10-inch screens totally mesmerized by Dorothy, Toto, the Scarecrow, Tin Man and Cowardly Lion while being frightened out of their wits by Margaret Hamilton’s Wicked Witch of the West and her horde of flying monkeys. Today The Wizard of Oz is a timeless film classic that will likely be viewed by wide-eyed children for generations to come.

So the moral of this tale is: today’s box office and critical flop could very well end up being considered a Hollywood classic, say in…….10 or 20 years.