We have great news for all our John Barrowman (Torchwood) fans. John will be returning to Arrow as a series regular for season three in his dastardly role of billionaire Malcolm Merlyn, aka Dark Archer.

Series lead Stephen Amell (Oliver Queen/Arrow) revealed the news in his Twitter feed by flashing a picture of him and Barrowman hamming it up at The CW’s annual upfronts for advertisers and stockholders. 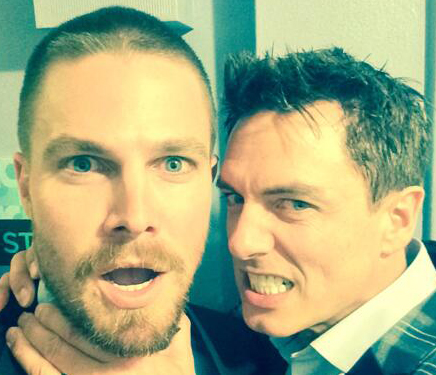 In this season of Arrow viewers learned that Malcolm is the real father of Oliver Queen’s sister Thea which will be adding new twists and turns to the storyline and causing further convolution to the already dysfunctional Queen family dynasty.

The new season of Arrow returns to The CW Network in the fall of this year.