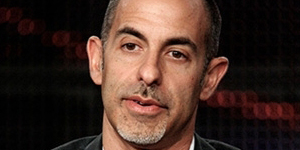 David Goyer (Man of Steel, The Dark Knight) has been tapped by director/producer James Cameron (Aliens, Titanic, Avatar) to pen the screenplay for the much anticipated remake of one of the most iconic sci-fi films in cinema history, according to The Hollywood Reporter.

Cameron has had this film on his creative remake plate for quite some time, however it has taken several years to bring together all the right creative people to get the job done. Goyer is one of the final and most important pieces of that puzzle. He will also serve as the film’s executive producer.

The original concept centered on a group of specialists in various scientific fields who were placed in a special submarine craft and miniaturized down to the size of a microbe, injected into the bloodstream of a severely injured scientist that was defecting to the United States with all his secret research. The team was tasked with repairing his damaged brain tissue as they were challenged along the way with breakdowns, attacks by the human body’s defense systems and an assassin aboard the craft.

Now that Goyer has joined the crew that includes Cameron, producers Jon Landau, Rae Sanchini and Matt Reilly the long dormant project can finally be resuscitated back to life.