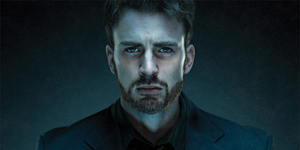 Chris Evans hanging up the Captain America shield? If the Hollywood rumor mill has it correct then the actor himself has indicated he may want out of the Marvel universe. If true this would be almost as shocking as hearing Robert Downey Jr. wanting to give up the Iron Man suit.

Currently Evans is under contract with Marvel Studios until the year 2017 to play Captain America. He signed on to do at least six films as the Captain. He has completed three of those and is currently in production for the fourth with Avengers: Age of Ultron. His third solo film is due out sometime in the spring or summer of 2016. If he were to do another ensemble Avenger film after Captain America #3 then his obligation to the franchise would be legally completed allowing the actor to pursue other venues or directions for his career.

All this speculation is based on one statement he made recently during a press interview. During the press junket Evans opined openly that he could be done with Captain America by 2017. “I bet by 2017 I’ll be done,” stated Evans. “That seems so far away.” Evans has shown interest in the director’s chair. His directorial debut film 1:30 to Nowhere is currently in post-production. He also wears the producer and actor hat for that film which is due to hit theaters sometime this year.

I have no doubt that if Evans is hinting here at leaving the franchise one of two things are in the mix — he is doing it as a contract negotiation ploy for future Marvel films as Captain America or he truly wants out to be able to spread his acting/directing/producer wings in other ways — think the Ron Howard path to success. In either scenario Marvel is likely already looking for its new Captain America to take the reigns from Evans. Superheroes last forever but the actors playing them must be interchangeable for the franchises to continue.