According to TV Guide actor Bill Paxton (Titanic, Apollo 13, Aliens) has been brought in to star as Agent Garrett, or as executive producer Jed Whedon calls him, a man who is “…a rough and tumble [guy]..with a little bit of attitude and cigar-smoking swagger.”

At this point in his career Garrett has moved up the food chain inside of S.H.I.E.L.D. just as his former partner has but like Coulson, according to executive producer Maurissa Tancharoen, he “wants to stay out in the field no matter how high-level he gets.” To prove he isn’t fit for desk work he allowed S.H.I.E.L.D. to make him part cyborg after a life-threatening injury sustained in the field during a mission, so he could continue doing what he loves best – kicking ass.

Paxton will appear in four episodes in this season of Agents of S.H.I.E.L.D. from the end of February through middle of March.

Here is a look at Bill in full regalia as Agent Garrett. 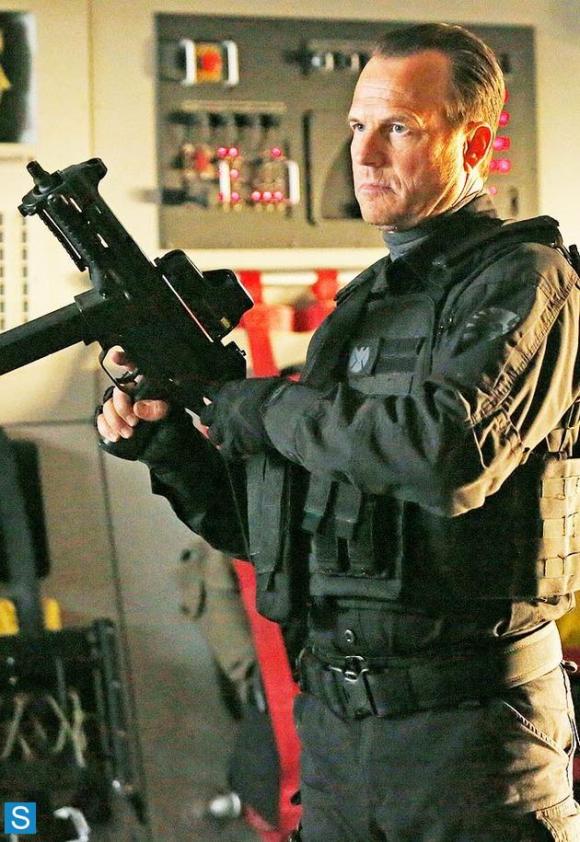