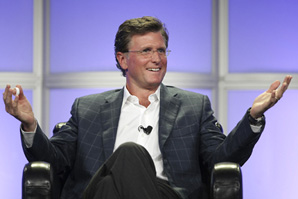 Finally someone at network television gets it. At least at one network anyway. Fox Entertainment’s top dog Kevin Reilly says his network will do away with the the old pilot process for determining which new products for television get aired or get sent to that writer’s hell known as the vault.

Talking with the Television Critics Association this week Reilly said that the old pilot system was “…built in a 3 network monopoly when we had all the talent and all of the audience. It’s highly inefficient.” “Honestly, it’s nothing short of a miracle that the talent is able to produce anything of quality in that environment,” he added.

We all knew eventually someone in the network stratosphere would have to come down to ground level and see the entertainment world for how it really is in the 21st Century and Fox’s Reilly appears to be the first of what I hope to be the new network trend. Don’t get me wrong, there are a lot of great programming coming out of the networks these day. “The Blacklist” is just one example of what they could be capable of, however, that is more the exception than the rule. Cable, premium channels and non-traditional means of acquiring entertainment have seen a huge upsurge in great quality entertainment without the need of the old network-style pilot submission stranglehold.

“When [the networks] are competing with a huge swath of cable that has a lot of flexibility in when the shows can go on,” Reilly said, “cable networks are able to course correct creatively and reshoot and recast.”

Asked whether the other 3 networks (ABC, CBS and NBC) will follow in Fox’s path Reilly remarked that it wasn’t his job to speak for them nor was it his job to be “making declarations of what anyone else should do.”

In the opinion of this writer if the other Big Three want to stay relevant and keep their viewers and advertisers happy perhaps they better listen to Reilly and follow his lead or move over and make room for the more enlightened in the industry.