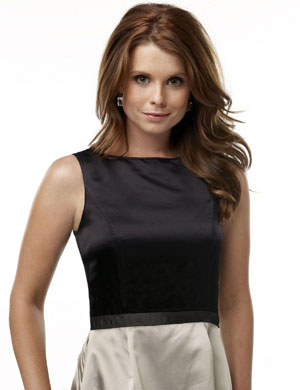 TV Guide reports that this sixth episode of is titled “Ariel” and will introduce the Little Mermaid to the Once Upon A Time realms, and that JoAnna Garcia (Reba, Royal Pains) has been cast to play Ariel.

As usual for the show, Ariel will have a history and a little twist to her character, as well as a connection to a character we already know. Producer Eddy Kitsis also teased that it’s not impossible for other characters from the 1989 Disney animated classic to appear on the show as well.

The third season of Once Upon A Time returns to ABC on September 29th.

TV Guide: Keck’s Exclusives: Once Upon a Time Casts JoAnna Garcia As Its Little Mermaid