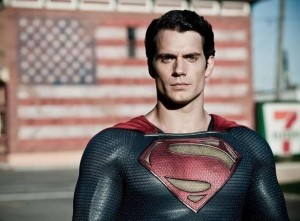 Man of Steel is intended to do for the DC universe what Iron Man did for the Marvel Universe.  The film will set up a larger universe for other movies, says script-writer David Goyer.

“It is our intention that, in success, [Man of Steel] would be the zero issue and from this point onward, possible films could expand into a shared universe. In our world, the Man of Steel world, Zack has gone on record saying that we’re implying there are other superheroes in this world. But I don’t know that they’ve come forward yet. The idea is that Superman is the first one. There might be people helping people, but not in costumes, and that Superman comes forward and announces himself to the world. In him announcing himself, he’s the one that changes things,” Goyer tells Collider.

He also adds that Warner Brothers is currently “kicking the tires” on the long rumored projects centering on Wonder Woman and Aquaman.

In addition, Man of Steel also sets up a reboot of the Batman franchise.

“I don’t want to get too in depth. Obviously, Zack and I have had conversations… but there would be a cause and effect,” Goyer says. “And that would extend to the collateral damage that happened, and to what other countries feel about the fact Superman calls America his home. Man of Steel doesn’t exist in a vaccum.”

We’ve heard that the new Superman movie and its sequel are paving the way for a Justice League film as well.

Are you excited to see what comes next for the DC universe on the silver screen?