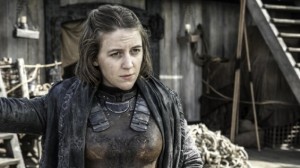 Game of Thrones has done it again.

The popular HBO fantasy series has broken another record for its third season finale.

The most peer-to-peer downloads ever in a 24-hour hour period.

After posting its second-highest ratings to date, the season finale became the most downloaded show with  a record 170,000 simultaneous shares on BitTorrent in the wake of the episode.

During the less-than-24-hour period since the episode premiered on HBO, north of 1 million people have already downloaded the show — besting all previous records for a TV series.

And piracy is hardly a new development for Game of Thrones. TorrentFreak previously reported that the series topped all other pirated TV shows in 2012, hitting 4.28 million downloads with one episode. Game of Thrones has since bested that record with the recent season premiere.