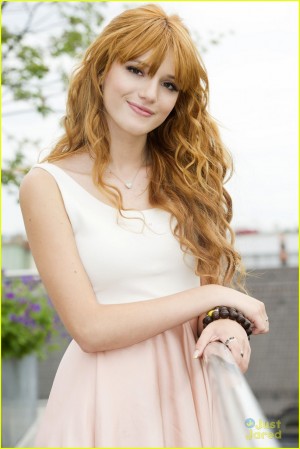 The star of Shake It Up is looking to make a splash in the book publishing world with a new young adult series called Autumn Falls.

Written by Disney Channel star Bella Throne, the series tells the story of a 14-year-old girl whose life is transformed after an encounter with magic.

“This book, although mysterious and magical, is inspired by different aspects of my personal life, which I hold very near and dear to my heart,” said Thorne. “I wanted to write a book that teens could relate to, but with a little bit of magic.”

Thorne is best known for playing dancer Cece Jones on Disney Channel’s Shake It Up, which is in its third season. She also has appeared on Big Love and My Own Worst Enemy.
Elise Allen will join Thorne as co-author. Martin co-authored the Elixir series with Hilary Duff.  The novels will be published by Random House.
TwitterFacebookEmail