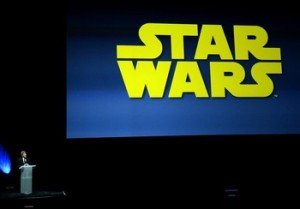 At this weeks CinemaCon, Disney put on a three hour show covering their plans for their older properties (Pixar, Marvel) and where they want to go with their recent acquisition of Lucasfilm.

They have a definite plan for moving forward; starting the summer of 2015 with the release of Star Wars VII and new installments every two years after that, we should see the “end” of the saga by 2019.

But get this, in his presentation Walt Disney Studios Chairman, Alan Horn referenced “alternating” pictures during the in-between years to keep the brand going. These films would most likely be stand alones, like the much discussed Boba Fett film.

So will we get yearly installments from the galaxy far far away? What do you think is this a good move, or just a money grab?