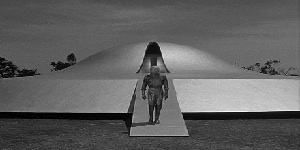 The FBI has said that the most viewed public record is a memo from 1950 about UFO’s. The memo is an account of a story about “flying saucers”, told to an agent.

The memo is referred to as the Hottel memo and was penned by Guy Hottel in 1950 and sent to J. Edgar Hoover. It was first released under a Freedom of Information Act request in 1970.

The FBI says the memo has been viewed over one million times since 1970, and they released a statement on Monday March 25th saying, that the Hottel memo “does not prove the existence of UFO’s; it is simply a second- or third-hand claim that we never investigated.”

Well, all I have to say is, “Gort, Klaatu barada nikto”