Has director Mark Webb given away a vital clue as to the villain from the upcoming sequel to The Amazing Spider-Man?

Using Twitter, Webb tweeted out the image below, which may indicate that Venom is part of the upcoming sequel. 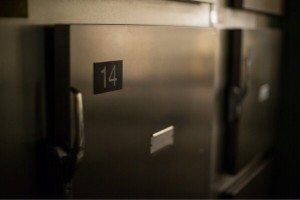 While the original origin of Venom is from outer space, the new Ultimate Spider-Man version sees Venom invented as a cancer curing device on Earth and store in a locker.  It could be similar to the one above and this could be Webb’s way of saying that Venom and Eddie Brock will menace Spidey in the upcoming sequel.

We’ve previously heard that Electro could be in the film.  Nothing has been confirmed just yet.