The first promotional images from the reboot of Carrie have hit the Internet, courtesy of Entertainment Weekly.

The first finds actress Chloe Moretz in a familiar pose to those who saw the original Brian DePalma version.  It finds Moretz covered in blood, similar to the scene feature Sissy Spacek in the original. 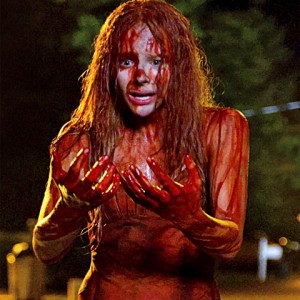 The next image is Juliane Moore as Carrie’s mother.  The original role was played by Piper Laurie. 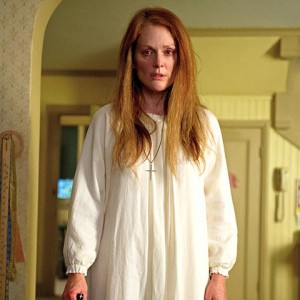