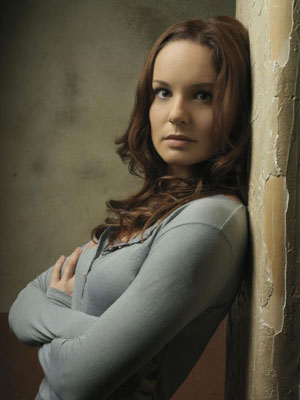 The final episodes of the second season of The Walking Dead featured multiple deaths of main characters.  We saw Dale and Shane killed in the final installments of the season and if one actress has her way, her character won’t see the end of the series either.

Actress Sarah Wayne Callies says that after reading the comics, she doesn’t think Lori should make it to the end of the series.

“I’ve said from the beginning, not only am I OK with Lori dying but I think she has to,” she said. “I’ve played this character with an eye toward an end.”

For those of you who haven’t read the comics and don’t want to know any SPOILER info, please stop reading now….

Callies referred to the fact that in the comics, Lori and her newborn daughter are killed by the Governor.  The Governor is expected to appear on the show in season three and play a pivotal role. But will the show follow the comics?

“[Former ‘Walking Dead’ showrunner] Frank Darabont and I actually — before he was tragically and unfairly removed from the show — we used to argue about it,” Callies said. “I argued that it was necessary to kill Lori and I feel very strongly that for all of the other deviations we may have from the comic book, killing Lori does something to Rick that is vital for the story and can’t be done any other way.”