Responding to the negative publicity generated by the first look at the new Wonder Woman costume, NBC has reportedly made a few modifications to the outfit.

The costume is part of the reboot series with David E. Kelly at the helm and Adrienne Palicki as the title star.

A blurry video from the set has made its way on-line.  You can check it out HERE.

It’s not a clear shot. But there is a clearer image from Bleeding Cool and Topless Robot that may give you a better idea of the costume in action. 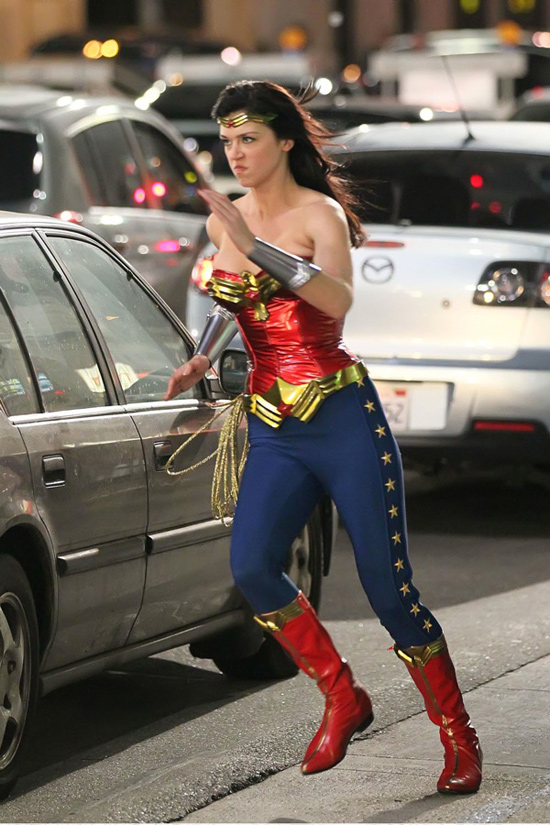