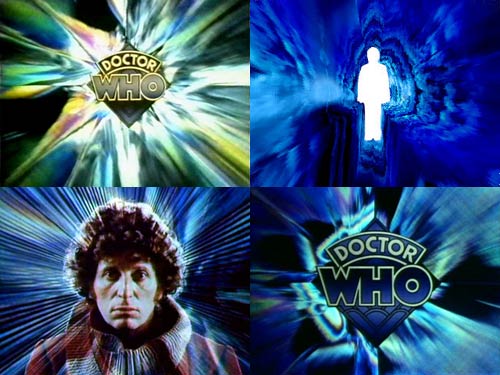 So, you’ve just finished watching “Planet of the Dead” for the tenth time, memorized the trailer for “Waters of Mars” and have analyzed every last nuance out of the scenes included and the potential anagram. And now you’ve got about seven to eight months with no new “Doctor Who” in sight and you’re wondering–what do I do now?

As a long time “Doctor Who,” I feel your pain. But long hiatuses are nothing new for “Doctor Who” fans. In fact, compared to some we’ve endured (18 months once, 6 plus years another), a few months without any new “Doctor Who” is next to nothing. But the good news is that you don’t have to go cold turkey.

With over 40 plus years of history, there is a lot of “Doctor Who” to keep you going in the next couple of months. Twenty-six years of stories from the classic series, a plethora of tie-in novels and a veritable sea of audio dramas await you.

So the bigger question becomes not “what do I do now?” but “where do I begin the journey?” As an old-school “Who” fans (I’ve been watching for over 20 years now) I have a couple of recommendations for you. And because “Doctor Who” has become such a huge franchise over the years between the television series, the novels, the novelizations and the audio dramas, I thought I’d make things a bit more manageable and offer recommendations for each arena the good Doctor exists in.

And since it all began with the television series, that’s where I’m starting.

Invariably when people find out I’m a “Doctor Who” fan and they’ve not seen much of the series, they will ask me–where’s a good place to start? This, invariably, leads to my launching into a 45 minute lecture on the history of the series, complete with Power Point presentation that probably leads most people to regret they’d ever mentioned the words “doctor” and “who” in the same sentence. But I do feel it’s a necessary evil to understand why I recommend certain entry points to the series. This is especially true if you’re a fan of the new show but haven’t dipped your toes into the classic series.

The first thing I want to say for new series fans is–absolutely do not start at the beginning. I know that we sci-fi fans are completists and want to see the entire run of anything from the very start. This not essential for “Doctor Who.” In fact, I’d argue that if you start in the era of the first Doctor, you’re going to quickly tune out.

Why you ask? A couple of reasons. 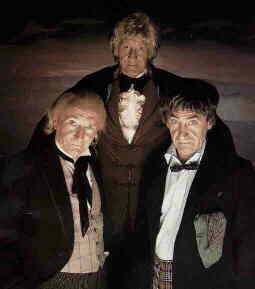 First, if you want to run straight through the series, you’re going to hit some stumbling blocks. The biggest is the BBC in their infinite wisdom (that last part was sarcasm) discarded the first six seasons of the show in the mid 70s. Or at least large chunks of it (certain stories were kept as examples of the era or for historic value such as the introduction of the Daleks). This means that while there are some runs of complete stories from the first two Doctors, there are also large chunks missing in there or stories that have a single episode or two that still exist. So, you’re going to hit some gaps, including the fact that the final episode of the first Doctor’s era is missing as well as the first story featuring the second Doctor.

Now if you’ve used your BitTARDIS to acquire the complete run of the show and compared what you get to on-line episode guides, you might tell me you don’t see any gaps and it appears you have a full run of all the stories and all the episodes.

Which brings me to my second point. Yes, you may have a full run, but some of those aren’t actual episodes. How can that be? you ask. Well, “Doctor Who” fans are an enterprising bunch. Back in the 60’s some dedicated fans made off-air recordings of the original soundtracks to the stories on reel-to-reel audio. There were also a series of stills taken of a majority of the episodes called telesnaps. So, what you will find are some enterprising fan-made recreations of classic stories that marry the soundtracks with the telesnap photos. If you’re old enough to recall watching filmstrips in school, it’s similar to that experience. I will say the current generation of telesnaps are miles ahead of the ones I first saw when I got on-line and while I can appreciate them as an obsessive “Who” fan, they aren’t always the most exciting thing to sit and watch for several hours on end.

Finally, I will also point out that the original 60s era of “Doctor Who” is a whole different animal than what we have today. The stories were multi-part with a complete story spanning two to 14 episodes in length and were meant to be viewed that way. The conventions of television were different and the stories have their own slower pace and include a lot of recapping in the first five or so minutes of each episode. It’s not a bad thing…in fact, the second Doctor era is one of my favorite in all of “Doctor Who.” But even when all we had were the classic stories, the black and white stories are a bit of an acquired taste. And if you’re a new “Who” fan, I can imagine the transition would be a bit more jarring.

Having chopped out out the first six years, that leaves twenty years of classic “Who” out there.

Next, let me discourage you from starting in the sixth or seventh Doctor eras. This might seem a logical place to start, given that they’re closest to new “Who” and might be the era that has the greatest chance of being similar. Unfortunately, this isn’t the case. The sixth Doctor era is wildly inconsistent and features a lot of reliance on fan-knowledge of the series as a whole. It’s also an era that is far more fascinating in the off-screen turmoil than what we get on-screen. Generally, I tell fans to avoid it until after you’ve taken the plunge. As for the seventh Doctor era, it’s one of my favorites but it starts off on less than stellar note. The stories are a lot denser than most classic “Who” and some will require multiple viewings to parse out what’s happening. Again, it’s great once you’ve been in the classic “Who” universe a while, but starting out it may be off-putting to new fans.

So, that still leaves you a good dozen or so years of the show to watch and enjoy. But even that is a big area to cover and you may still wonder where to step in. Here are a few places.

“Spearhead From Space” — If you’ve seen “Rose,” you’ve essentially seen this story. The first story of the third Doctor’s era and it features his first battle with the Autons. “Rose” borrows heavily from the original Auton invasion, so if you’re looking for something similar to new “Who” this is a good place to start. An added bonus is that its only four parts long. The Jon Pertwee era is great, but a lot of the stories are six parters…and they do feature a lot of padding. Part of this is that “Doctor Who” wasn’t meant to be viewed in one large chunk–it was meant to be viewed one or two episodes at a time. Think of it as sipping a fine wine instead of chugging it.

“City of Death” — This is one a lot of fans love, but I just enjoy. It’s got the most popular classic series Doctor and it’s one of the more accessible and easy to jump into stories. It’s written by Douglas Adams and features a guest-star turn by Julian Glover. It’s also got a cameo by John Cleese. In short, it’s an almost perfect starting point–except that I must warn you that there is nothing else in “Doctor Who” quite like it. It’s not a typical story (as if there is such a thing) and if you walk away wanting more like it, you’ll be disappointed…

“The Five Doctors.” — Every time the BBC releases a new line of storage medium, this is the story that leads things off. It’s the 20th anniversary celebration and while it’s not great, it will give you a nice overview of everything “Who” and a sample of each Doctor (up to that point, anyway).

“The Ark in Space” — Or as I like to call it, the ideal entry point. It’s the second story featuring Tom Baker and it’s the first under the production team of Phillp Hinchcliffe and Robert Holmes. It has a scary monster, a new Doctor just beginning to come into his own in the role and some of the best Doctor/companion chemistry in the entire series. It’s four parts, it’s by Robert Holmes (who is the BEST writer “Who” had, hands-down) and it’s got Tom Baker. It also is a start of a loose arc for the fourth Doctor and most of that is out on DVD. You can go right from this one into “The Sontaran Experiment” and then the classic “Genesis of the Daleks” and see just why “Doctor Who” is what it is today. And an added bonus is that “Genesis of the Daleks” ties into the new series. “Ark” also opens the gothic period of “Doctor Who” and there are a number of other great examples out on DVD from this era to go to next including “Pyramids of Mars,” “The Brain of Morbius” and “Robots of Death.”

So there you go.  A few good starting points to the show as well as some areas to leave until later in your immersion in “Doctor Who.”    If you’ve got the episodes via BitTARDIS, start there.   Or add them to your Netflix queue and begin enjoying.

I’ll be back in a few days with some thoughts on the world of “Doctor Who” in the novels and on audio.