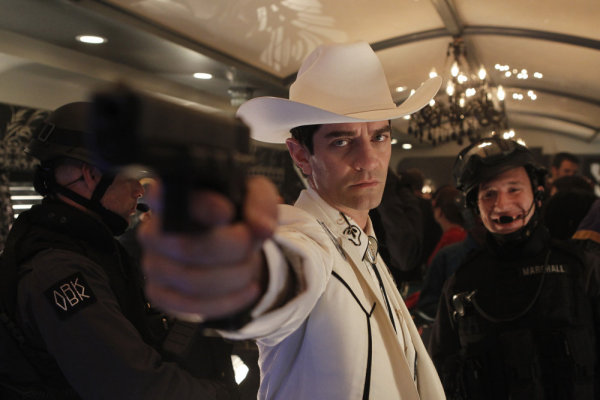 Special Segment: Nigel Blackwood reports in with the Multiverse news.

Krazy Joe’s Punch in the Junk: Joe’s back with his first punch of 2011!

Interview: James Frain from NBC’s new series The Cape joins us to talk about his role as Chess.

And don’t forget we’re counting down to episode 300! We’ve got a special contest going. Find out more on the Voice Mail show!

Listener Feedback: If you have any suggestions or comments, please let us know. Keep your comments brief, or funny, and maybe you’ll hear your comment on the voicemail show!