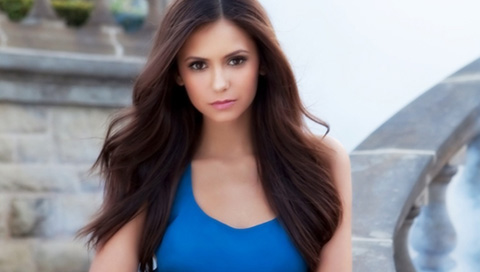 Actress Nina Dobrev says that last season her character of Elana was willing to give Damon, played by Ian Somerholder a chance.

“The thing is, he wormed his way into her heart all last season,” she tells the New York Post “When no-one understood him or attempted to be his friend, she did because she wanted to see the good in him. And he proved that he is not worthy of it. She gave him everything he could possibly ask for and he killed her brother. At this point, she wants nothing to do with him. There’s no redeeming quality that she can see… aside from the fact he’s attractive.”

And she says that as the second season continues to unfold that Damon may begin to re-evaluate his feelings for Elena.

It’s going to be interesting to see how he tries to remedy the situation because once he lost Elena, I think he realised how valuable she is to him,” she said. “How much he loves her. It’s that classic tale – with any relationship, you have to hit rock bottom to realize how good you had it in the first place and Damon’s definitely going through that.”

Dobrev also revealed that she is “entertained by the possibility” of Damon and Elena beginning a romance, saying: “I think that Elena with Stefan seems to be a constant struggle. Elena and Damon have fun together. It’s fun to watch them together because they do have a rapport in the way they play. There’s an ease there because Elena doesn’t care what he thinks – Damon on the other hand is on his toes all the time trying to make sure he doesn’t screw it up even more.”