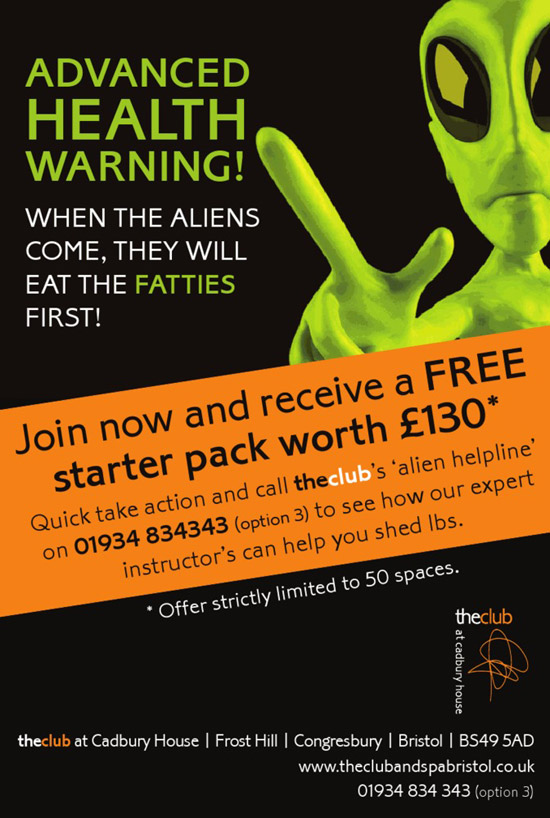 When our alien overlords finally do arrive and begin dining on humankind, apparently they’ll eat the “fatties” first.

At least that’s according to the marketing campaign of a gym in the United Kingdom.

According to the Daily Telegraph, owners of a health club and spa attached to Cadbury House hotel in Bristol thought a tongue-in-cheek advertisement would be a perfect way to attract new customers.  However, the campaign has sparked a negative reaction in England (and now) the world.

here have been complaints not only from the general public, but from polticians as well, including councillor Tony Moulin, who said, “I think this sign is insensitive, tacky and could cause offense to some people.”

But health club manager Jason Eaton defended the campaign, saying, “The alien campaign has been developed as a tongue-in-cheek look at the fact that people, generally, over the Christmas period do put on a little weight. We do not intend to cause any offense to anyone.”

Now if you’ll excuse me, I’ll be at the gym working off my Christmas cookie weight so I won’t be consumed first….