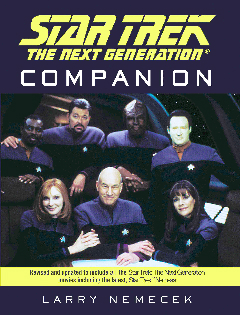 Slice of Trivia: This week Kurt in St. George tests the studio crew and your knowledge with some new clips.   Can you figure it what they are before the studio crew does?  Email your clips to Kurt at sliceoftrivia at gmail.com. Your entries could get picked and played on the show.

TV Talk: If you think you’re confused by what’s happening on “Flash Forward” wait until you find out what the stars of the show may or may not know about the future…

Interview: This week, the studio gang talks to Larry Nemecek, author, editor and blogger. We chat with him about his latest projects and about all things Star Trek.