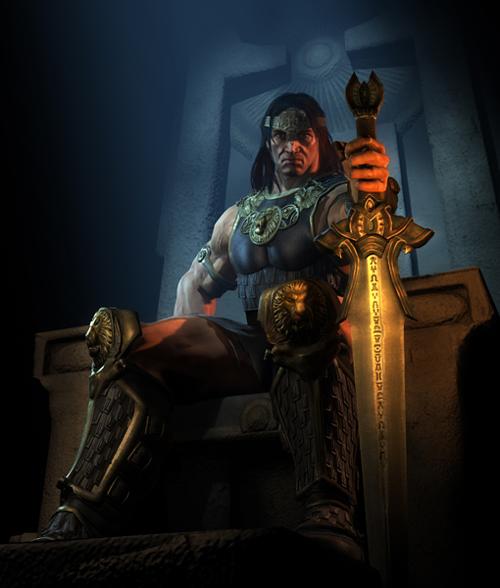 The special effects team that brought the world of “300” to life has joined the upcoming “Conan” movie, reports MTV News.

Shaun Smith has signed on as a creature designer on “Conan” and Scott Wheeler will head up the makeup department. In addition to their time on “300”, Smith created makeup FX for “Buffy The Vampire Slayer” and “The Forbidden Kingdom” while Wheeler has worked extensively on two “Star Trek” movies, “Star Trek: Deep Space Nine” and Joss Whedon’s upcoming film “The Cabin in the Woods.”

“As you might expect I really can’t say much except it looks really cool and we are excited to be a part of it,” Smith related to Mania.com. “Conan” is expected to begin filming in Bulgaria next February.

So, at least we know that the movie will look great when it hits theaters.