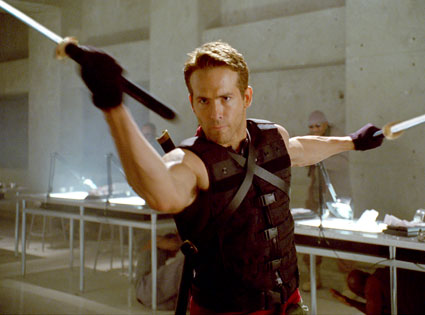 With the success of “Wolverine” at the box-office, 20th Century Fox is looking at a potential sequel to the film and spin-off films featuring some of the characters introduced in the latest “X-Men” installment.  First up is a spin-off film featuring Ryan Rynolds as Deadpool, according to the Hollywood Reporter.

Reynolds is attached to reprise the character for what for now is simply being called “Deadpool.” Lauren Shuler Donner and Marvel Studios would act as producers.

Deadpool is known as “the merc with a mouth,” a character that under Reynolds lived up to his billing in “Wolverine” until the end, when the movie deviated from the comic book persona, imbuing him with several superpowers and sewing his mouth shut.

It is understood that Reynolds would regain the ability to mouth off, with the movie going back to the roots of the character known for his slapstick tone and propensity to break the fourth wall. The character also was disfigured in “Wolverine,” though it’s unclear at this time how much the studio would want to mess with Reynolds’ handsome mug.

The studio is currently looking for a script for the film.