FilmCritic Rating: 2.5 out of 5 stars 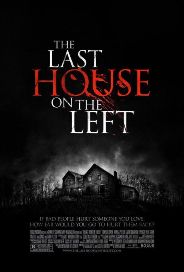 Nearly 40 years ago, quasi-hippy filmmakers Wes Craven and Sean S. Cunningham were looking to make a name for themselves (and a little cash, if possible) in the thriving New York exploitation scene. Working with some intent distributors, they adapted Igmar Bergman’s Virgin Spring for the drive-in, and a grindhouse classic — Last House on the Left — was born.

With its memorable marketing campaign (“repeat to yourself… it’s only a movie… it’s only a movie) and direct, documentary style, it had impact and import during a crucial time in post-modern American cinema. As with several of Craven’s past projects, Last House has now been remade for the post-millennial crowd, and that’s too bad. This tedious, tepid update offers none of the original’s brutality or energy.

You can also read Bill’s review of the original 1972 film HERE.