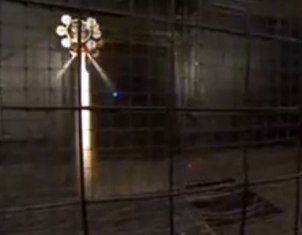 You may not have officially heard of it yet but the “Multiple Kill Vehicle,” (a.k.a. MKV) is a frightening new defense department homeland security device that not only has been designed to shoot down any enemy ballistic missile coming our way, but also is a robot with flight and hovering capacity – much like the early devices created for the famous Terminator movies.

Last week the United States Air Force tested the MKV out of Edwards Air Force Base, one of the hot beds of secret military devices located in California. The MKV was developed by Lockheed Martin, another company long associated with the military and NASA for its creation of security and space devices.

As the plan now stands, the Air Force would attach an MKV onto an orbiting missile where it could unload itself like a satellite in space then detect, lock-on to and shoot down any missile’s war-head aimed at American soil or that of any U.S. ally, destroying the ballistic missile with a rapid-firing type rifle device that shoots big bullets while the enemy missile is still in flight. Basically the MKV would be an upgraded Star Wars technology introduced by President Reagan over 20 years ago but updated with the latest in computer ability.

The scary part is the damage this type of device could do if used right here on the planet. Could it one day replace soldiers in battle, and with the onset of A.I. develop its own sense of being? Perhaps, like we have seen in almost all sci-fi films and stories over the past 60 years, the MKV could eventually view all humans as a threat and set out to “terminate” the human species.

Where is Isaac Asimov when you need him?