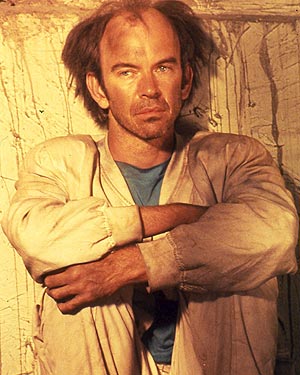 “Resistance” is the story of a covert attempt by aliens from outer space to take over the Earth and a guerrilla-style battle to stop them when most of the world wonâ€™t believe the threat exists. What makes the story even more interesting is its focus on a band of super-smart teenagers at the center of this conflict: not only do they have to save the world but they have to deal with school, hormones and dating.

Hope will be taking on the role of Stephen Hope, the coincidentally-named headmaster of the private school the teens all attend. Hope is the leader of the resistance the show is named for.

According to Dillon, â€œNicholas is the award-winning star of the cult favorite film ‘Bad Boy Bubby’. Heâ€™s had many recognized rolls in television series like ‘Farscape’ and feature films like ‘Scooby-Doo’. Heâ€™s a terrific talent and Iâ€™m really excited that heâ€™s agreed to be in ‘Resistance’. Heâ€™ll bring a lot to project.â€

Hope likewise is excited to be taking part. â€œI was very pleased to be approached from a relatively early stage to be involved in ‘Resistance’. Iâ€™ve always had a bit of a yen for science fiction. Thereâ€™s such a capacity for invention, intelligence, commentary and playfulness in the form. And ‘Resistance’ has all that built in: it could go in so many different directions. On top of that, I always felt like the outsider at school. Thereâ€™s a wonderful pay-back beauty in nerdy-heroes thatâ€™s very inviting. ‘Resistance’ has that in its outline. So the project as a whole is quite enticing.â€