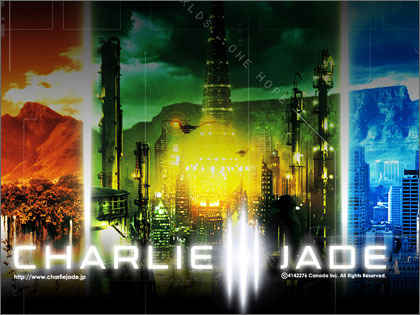 The series follows Charlie Jade, a rogue private detective in a world dominated by greedy multi-national corporations. When Charlie sees the corpse of a beautiful young woman, he realizes that she has no identity, something inconceivable in Charlieâ€™s world. While investigating the case he is led to a parallel universe and is drawn into a conflict with far-ranging, multi-dimensional effects.

“Charlie Jade” has already aired in France, Italy, the U.K., Japan, Korea, Southeast Asia, Eastern Europe, Canada and South Africa. Post-production and CGI for the series was handled by CinÃ©Groupe in MontrÃ©al, who over the last year have produced two series, “Galidor: Defenders of the Outer Dimension” and “Tripping The Rift,” for the U.S. networks.

â€œI am delighted that SCI FI has agreed to acquire ‘Charlie Jade’,â€ said Jim Howell, the CEO of Park Entertainment.

â€œSince the show was made, the Internet has been abuzz with enquires about when the series will be shown on television in the U.S. and available on DVD and to download. I am pleased to say that sci-fi fans will not have to wait much longer!,â€ echoed Robert Wertheimer.