By now just about everyone into scifi knows that “Shaun of the Dead” star Simon Pegg willb e starring as the new Montgomery Scott for the next big Star Trek movie produced and directed by J.J. Abrams. 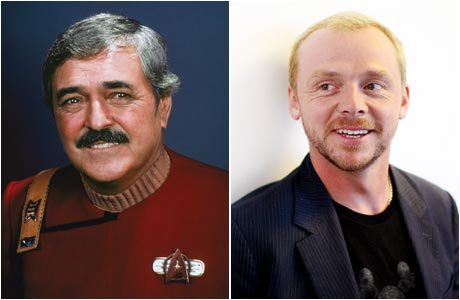 In a recent interview Pegg stated that he didn’t add anything different to the role made so famous for nearly 40 years by the indomitable Canadian actor James Doohan. He even went on to say that he may be playing the famous Starfleet engineer but “James Doohan is `Scotty.'”

“I tried to approach the role like he did. He’s a Scottish engineer who works in outerspace. He’s a bit of a brawler. I didn’t try to facilitate change,” the 38-year-old British actor told the Associated Press.

While the Brit didn’t let anything about the plot of this next Trek flick slip he did say that he has already signed on to do three potentional follow-up Trek movies as engineer Scott.

“I’m looking forward to doing that for the next few years,” he said. “Hopefully, I’ll do a lot in between, too.”