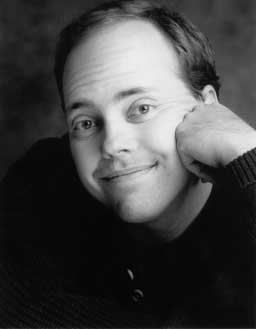 Special Segment: Just Terry has a fascinating review of episode one for the Season Two of “Torchwood.” There are some spoilers here in case you’ve been living under a rock and haven’t seen the first episode yet. Season Two of “Torchwood” can be seen on the BBC in England and various parts of the globe as well as on BBC America and HD Net.

TV Talk: Sam has written a novel length dissertation on the new George Lucas television show “Star Wars: The Clone Wars.” It will be appearing on both the Cartoon Network and TNT this coming fall, but before it debuts on television, Mr. Lucas will release a 3D CGI animated film version in theaters on August 15, 2008.

Interview: This week we welcome actor, writer, director and producer Mike McCafferty as he shares with us the great news that the SCI FI Channel series “The Invisible Man,” which he co-starred in, is finally coming to DVD. Mike also shares some of his thoughts about those in production with the power to make or break a series or movie idea, his role as Officer Collins in the popular SF spoof, “Idiocracy,” and just what was the genesis for highly popular online series “Chad Vader.” Mike talks about another of his successful ventures that migrated from VH1 to an online hit, “L33t Haxxors.”