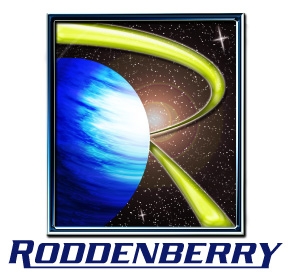 The International News Desk:
“Tau ming chong,” a.k.a. “The Warlords,” starring Jet Li and “Moon to” are two Asian films that have received 28 nominations between them for the Hong Kong Film Festival, Asia’s answer to the Oscars. These two films are so well written, directed and acted with budgets that match any big budget epic from the West that many critics are asking why they have been ignored by the Academy Awards.

Review #1: Greg begins a new segment for our show that will look at sci-fi themed video games. This week’s review is about the game “Half Life 2.”

Review 2: Tossus from Germany takes a second look at the intelligent, but short-lived series “Wonder Falls.”

Interview: Trevor Roth, producer, friend and business partner with Eugene “Rod” Roddenberry talks about all the new things happening at Roddenberry Productions. This company is an extension of what “Star Trek” creator Gene Roddenberry began over 40 years ago. It will continue to bring smart, intelligent and entertaining sci-fi programming of all types to fans using today’s advanced technologies and every kind of new media format available.

Future Talk: Sadly, Robert Englund will not be reprising his role of Freddy for the new “Nightmare on Elm Street” remake. But don’t shed any tears for Robert. He will be plenty busy over the next several years, not only acting, but producing and directing as well.