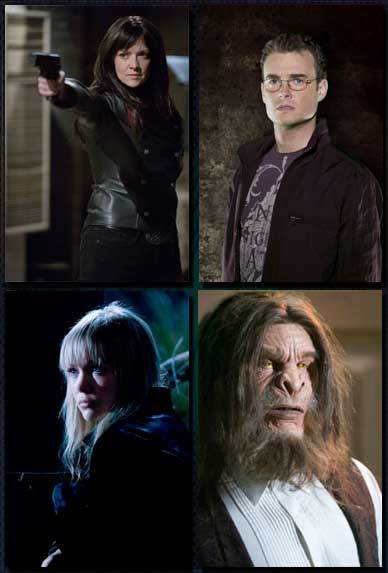 The hit online series “Sancturary,” starring “Stargate” alum Amanda Tapping has been optioned by the SCI FI Channel and given the go-sign, according to The Hollywood Reporter.

The internet series is a huge online hit and the cable channel is hoping it will transfer that success to its network as well. “Sanctuary” will be the only TV series to use the same kind of fully green screen/live-action technology currently employed in motion pictures.

The series is written and produced by two other “Stargate” veterans Damian Kindler and Martin Wood. Wood has served as the series director. Sam Egan has executive producer duty.

The SCI FI Channel has committed to a 13-episode season that centers on Dr. Helen Magnus (Tapping) who, with her team of experts, hunt down and help non-human intelligent creatures living on Earth. As well as Tapping, all of the original cast from the series will be joining the television production.

“We were blown away by the level of quality they have been able to achieve on a Web budget,” stated Mark Stern, SCI FI Channel Executive VP of original programming. “We loved the world they’d created, and we particularly loved their approach, since we had been looking for a way to apply the virtual-set CGI environment from films like ‘300’ and ‘Sin City’ to a television series.”

Many insiders in the industry are seeing this move as proof of new channel President Jeff Zucker’s promise to refocus the cabler’s vision back to its name – SCI FI.

“Sanctuary,” will debut on the network with a new 2-hr premiere episode that will introduce the already established web-characters to the television audience that may have not seen the series online. There will be enhanced footage from the webisodes used as well so that the transition from Internet to Cable is a smooth one.