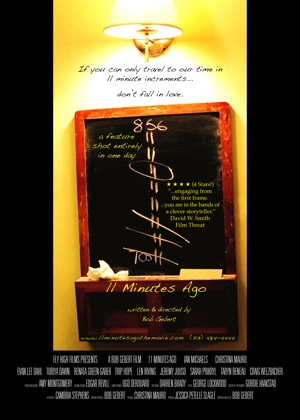 Movie Talk: Walgreen’s is launching a DVD-on-demand burning service where consumers can buy a movie in store.

“Underworld 3: The Rise of the Lycans” is moving forward, and will be the prequel that tracks Lucien’s successful rebellion against Viktor, his former master, which set Vampires and Werewolves on a blood-feud that has lasted for over 500 years.

TV Talk: SCIFI Channel and USA Network have scored first-look deals for some of Lionsgate Films’ highest-grossing films of late, including “Skinwalkers”, “The Condemned”, the Ginger Snaps movies, “War”, “Crank”, and “3:10 to Yuma”.

Fox will be taking the British SF comedy “Spaced” and retooling it for an American audience, originally from actor and screenwriter Simon Pegg and his “Hot Fuzz” and “Shaun of the Living Dead” partner Edgar Wright.

Ronald D. Moore will finally sit down into the director’s chair and helm at least one episode of the fourth and final season of the award-winning SCI FI Channel original series “Battlestar Galactica”.

Interview: “11 Minutes Ago” is a wonderful film, a great example of what smart writing and the indie spirit can achieve. Writer/Director Bob Gebert joins us to tell us about how the idea for the movie came about, how the entire movie was filmed in just one day, and how the extra footage may end up telling the stories of several of the other characters, later on a feature DVD.

If you have a chance to see this movie, go see it. You won’t be disappointed.

Future Talk: Jake Gyllenhaal will star in and “The Bourne Ultimatum” exec producer Doug Liman is set to direct a new DreamWorks feature. Not much is known about the project now, but it will be a sci-fi action flick that revolves around a private expedition to Earth’s moon and the race for lunar colonization.

Sony’s highly successful role-playing online game “EverQuest” will be getting made into a major motion picture with Avi Arad set to produce for Columbia Pictures.