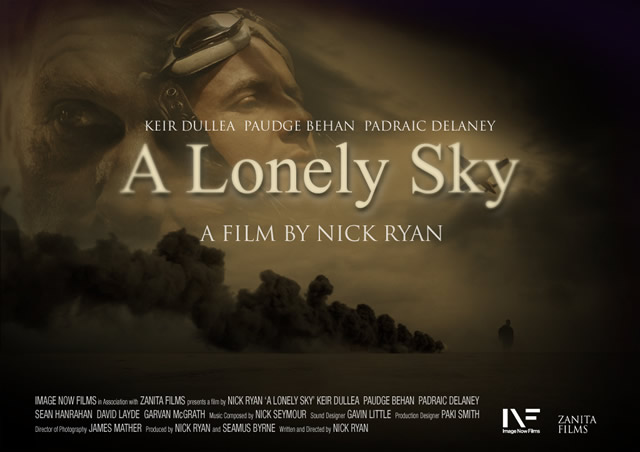 Movie Talk: Executive producer James Cawley has announced the release date for the highly anticipated Star Trek: New Voyages flick “World Enough and Time,” starring Mr. Sulu himself, George Takei. This production will get a real send off — its own LIVE premiere with George and crew in Beverly Hills, California.

Slice of Trivia: a super sped up version of Doug’s quick-hit quiz!

TV Talk: SCI FI Channel has a completely turned-on-its-head reimagining of The Wizard of Oz in a new miniseries called “Tin Man,” due to air in December 2007.

He tells us about A Lonely Sky, an award-winning short film which can now be viewed in it’s entirety online, and is a unique short film starring “2001: Space Odyssey” and “2010” actor Keir Dullea and “Veronica Guerin’s” Paudge Behan. This fascinating film is set in 1947 and revolves around a test pilot who is willing to risk his life to break the sound barrier.

Nick’s other work includes “Are We Alone” (which can be seen at http://www.nickryanfilm.com/), and upcoming projects with Image Now Films

Future Talk: James Caviezel stars in Howard McCain’s new film “Outlander”. It’s a story about an alien who crash lands on Earth during the time of the Viking kings. Because of the crash, a predator he’d captured escapes and begins to rain terror and death down on the locals, forcing the alien to forge an alliance with the Vikings to bring down the predator.

Scarlett Johansson is tops in the running for the lead in “Amazon”, another Howard McCain film about a gladiatrix out for vengeance on the army that brutally terrorized her people and destroyed her homeland. “Transformers” screenwriter Roberto Orci is producing.