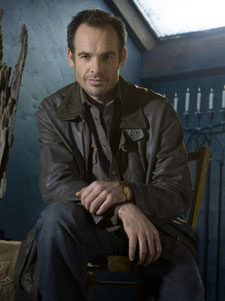 Things might be looking a little glum for Harry Dresden fans. According to screenwriter and Jim Butcher’s friend Robert Wolfe, over at the JimButcher.com forums, it may be time for fans of The Dresden Files television show to start campaigning.

When that very question was put to him just yesterday Wolfe responded, “I suppose now is as good a time to push as any, though, honestly, I’m not sure it will help. The decision was supposed to be made last Friday, but it wasn’t, so that’s something at least.”

The decision he speaks of is the one that SCI FI Channel execs will be making concerning the renewal hopes of “The Dresden Files” for a second season. The show, which debuted last season didn’t do as well as many had hoped in its Sunday night timeslot, even though it was a lead-in for “Battlestar Galactica.” BSG’s numbers have also dropped since the move to Sunday night. Fans complained from the beginning that it was starting to look like SCI FI was pulling a Fox when it aired the episodes out of sequence (Fox basically buried “Firefly” when it did the same exact thing for that show).