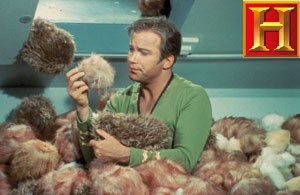 Fangoria Entertainment is expanding its magazine and convention base of operation to the filmmaking business by creating its own Feature Division. Staying true to the company’s banner, Fangoria Films will concentrate on the creation and production of original horror and genre-related movie product, a natural progression from the growth over the last two decades to include a satellite radio show on Sirius, a subscription-based broadband TV service, the Fangoria Chainsaw Awards show, and its own line of comic books.

TV Talk:
Former “LOST” regular cast member Harold Perrineau will be co-starring on the new CBS supernatural show called “Demons.” The new show, originally with the working title of “Exorcism” centers on the life of an ex-Jesuit priest-psychologist who performs exorcisms as part of his practice.

“Demons” comes from the same creative team of Barbara Hall and Joe Roth who brought the popular, but short-lived “Joan of Arcadia” to the small screen.

Interview: Michael, Summer, Brian and Sam talk with John Logsdon, producer and director of the History Channel documentaries “Star Trek: 40 Years of Star Trek” and “Star Trek Tech”. John first tells us about “Beyond the Final Frontier”, which focuses on the recovery of all the Star Trek memorabilia that was stored on a back lot and about to be thrown out, and the stunned executive reactions to the amounts those items sold for at Christie’s auction, but also includes interviews with Patrick Stewart, Jonathan Frakes, Avery Brooks, Kate Mulgrew, and many more Trek stars.

“Star Trek Tech” is about the technology behind the gadgets used in the series such as phasers and communicators, and we hear their stories from the actors, producers and prop wranglers who knew them best.