Stories told involving time travel or parallel worlds need to be strongly crafted, or there’s a risk of losing the character arcs and their motivations in the shiny distractions those anomalies introduced to their “real world” can bring.

Parallel does a masterful job in introducing our main characters, in showing how differently they react to the scientific anomaly they’ve stumbled across, and most importantly, how each one, in their own way, falls victim to the temptations offered by the worlds they don’t consider their own.

Noel (Martin Wallström), Devin (Aml Ameen), Leena (Georgia King) and Josh (Mark O’Brien) are four friends who are preparing to launch an app that could revolutionize everything, but their proposal is threatened at the last minute by a lower bid by a programming rival who promises to deliver in 5 days what they said needs a few months.

In the middle of drowning their sorrows at home, a fortunate accident leads to the discovery of a hidden passage and an attic room none of them knew was accessible. They also discover a unique observation station and a mirror with unprecedented qualities… a portal to a parallel world. 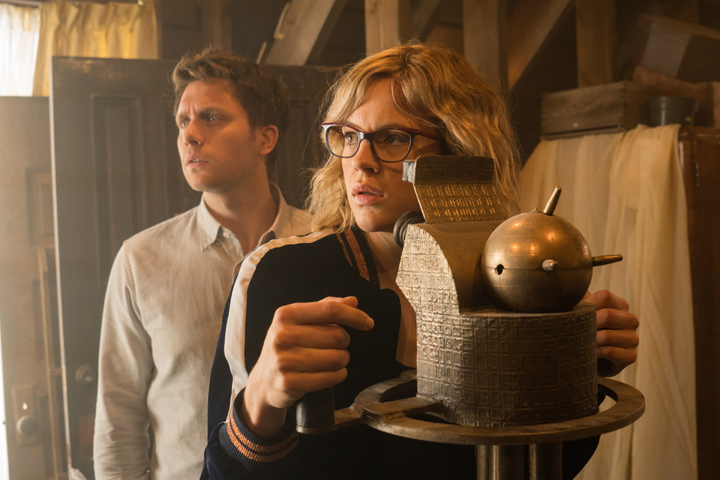 After some tentative explorations, they discover that time moves differently in the other world than theirs, and recognize the opportunity to have the time they need to finish their app before the deadline, and claim the venture fund riches at the end of the rainbow.

What starts off as a well-intentioned way to one-up a ruthless competitor begins to pick away at their norms, exploring the parallel world more deeply to see what is different about themselves and this world, and finding greater tempations. Each one has a secret or lost dream, something they lost in their “real” world but have an opportunity to either experience again in the other world… or maybe bring that win back from the other world to have it in their real world.

The proverbial slippery slope only grows more steep and full of obstacles that begin to affect both worlds and each other before everything they know threatens to come crashing down. 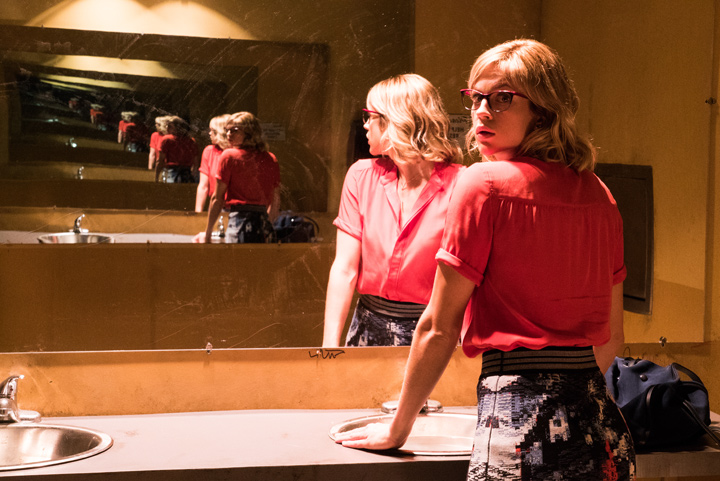 The illusion painted by their exploration of the differences between their “real” world and the parallel/alternate world they’ve literally stumbled into presents a powerful dilemma for their personal and professional lives: if you’re stealing from yourself in a world where the consequences don’t affect what you consider your “real” life, is anyone you care about truly being hurt? Are there truly any crimes being committed since what you’re stealing doesn’t exist in your world until you bring it back with you?

Director Isaac Ezban and Writer Scott Blaszak test different boundaries our protagonists push up against, and each one reaches their limits in vastly different ways. The ways they hit their walls and also confront their friends about what it is they are really doing to themselves are very different, and in some cases cause them to question themselves and where they stand with what they’ve been doing.

The dilemmas play out in very unexpected ways, and the story ends in a frustrating yet satisfying way.

You can also read our Slice of SciFi review of Isaac Ezban’s THE SIMILARS: Reviewing “The Similars”

A group of friends stumble upon a mirror that serves as a portal to a “multiverse”, but soon discover that importing knowledge from the other side in order to better their lives brings increasingly dangerous consequences.

"Parallel" takes on the mental and moral tolls of parallel worlds

Parallel does a masterful job in introducing our main characters, in showing how differently they react to the scientific anomaly they’ve stumbled across, and most importantly, how each one, in their own way, falls victim to the temptations offered by the worlds they don’t consider their own.